Single Use Plastics – The elephant in the water

A lot has changed in the world of single-use plastics, and plastics in general over the last year

movement has grown against plastic products and ocean pollution, as a the awareness of the damaging effects of plastics on our environment at an all-time high.

Plastics were first invented in 1907, and since the over 8 billion tons of plastic been generated around the world.

To put that into perspective, the Empire State Building weighs approximately 365,000 tons.

That means the equivalent weight of plastics in our world today an incomprehensible 21,900 Empire State Buildings and growing.

Plastics are in everything we use. They provide industries with low-cost and lightweight options that reduce fuel consumption, increase efficiency, and protect products during transportation.

Plastics also protect food products from spoiling which helps reduce food waste and provides access to a variety of foods for communities who are limited in growing.

So, what happens after we throw it away?

The issues arise when we start to think about what to do with the more than 8 billion tons of plastic as it reaches the end of its life. The first issue is that it simply will never decompose.

What we have today and what we continually add to the pile will forever be a part of plant Earth.

Plastics that don’t end up a landfill are broken down naturally to be smaller and smaller which eventually into microplastics.

Around 8 million tons of plastics every year are polluted into the world’s oceans. As plastic pollution sits in the natural environment, wind, water, and friction reduce their size down to smaller pieces.

These really small particles have been shown to make their way into the bodies of the fish we eat and are avoiding water filtration systems into the water we drink.

It's thought more than five trillion pieces of plastic are in the world's oceans. 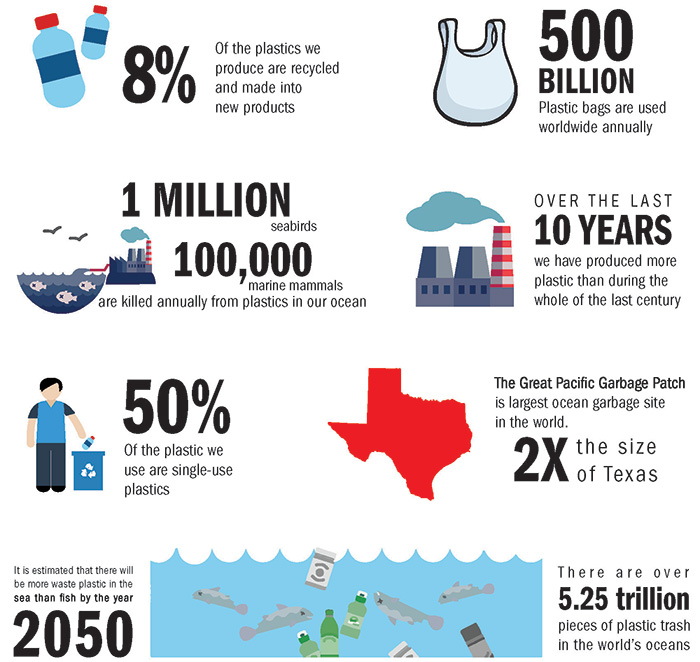 If plastics never go away, the only long-term solution is to recycle them. But, are they recyclable? Yes, sometimes, but it’s complicated.

Although successful in many situations, plastics have a complicated relationship with recycling.

To meet the needs of every single application and industry that uses plastics today, there are generally around 16 “common” types, an additional 16 “specialist” types, a handful of “natural” plastics, and an infinite number of products that use a combination of two or more of these types together.

If an item has a Resin identification number means its recyclable?

Not necessarily. By chemical nature, some products are made from a mixture, of two or more types of plastics and cannot be recycled due to the inability to return or separate this mixture back to its original state.

Many plastic products often have other items glued or printed onto them such as non-recyclable plastics, or chemicals that help reduce sun damage to ink.

What we’re left with is a subset of what is originally produced that can be recycled.

The issue at this stage of the story is that a percentage of this group can’t be recycled because either the lack of infrastructure, in many countries or how difficult and expensive it is to separate all the different types of plastics.

For instance, a single recycling bin at the curb can generally contain 10 of the 12 “common” types of plastics. Not accounting for any other types that are placed in there incorrectly.

The resulting cost of sorting and separating each recyclable plastic is so high that often the value for the materials becomes not profitable.

Why are single-use plastics a problem?

50% of the plastic that is produced every year is . These products are intentionally designed with end-of-life in mind.

Since last week was waste reduction week, we have created a Recovery+ Guide [infographic] for plastic alternatives which should reduce your dependency on them in your everyday life. 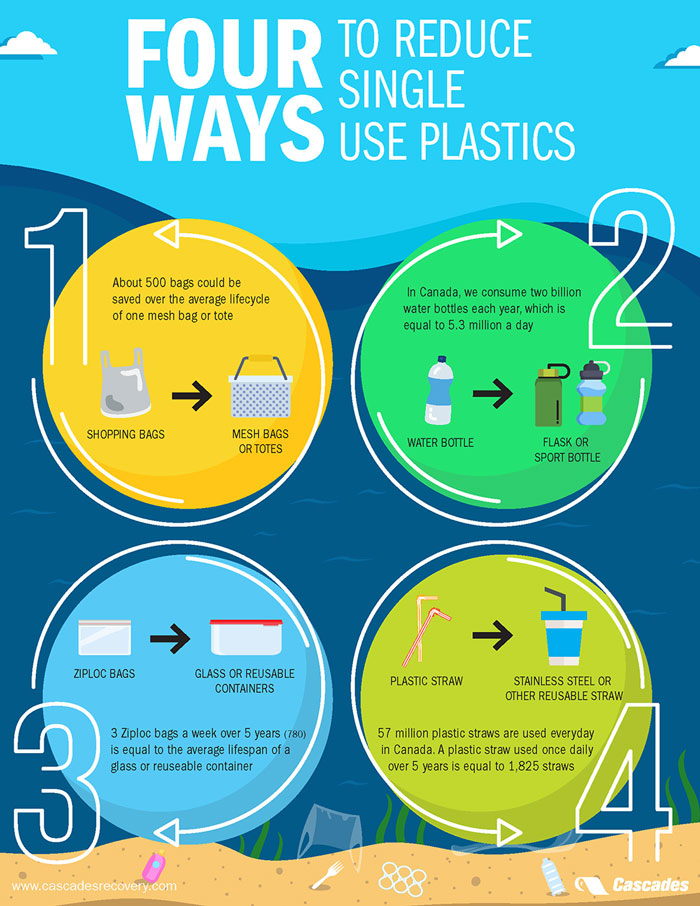